The walls between dimensions are collapsing and the supreme king of destruction will rise in Maximum Crisis, May’s all-new 100-card booster set! Maximum Crisis is the climax of the 2016-2017 Dueling season, introducing three new themes as well as bold new cards for a wide variety of popular Decks.

Pendulum Summoning will undergo its final evolution in Maximum Crisis with a pair of Pendulum Monsters with Scales of 0 and 13, opening up the ability to Pendulum Summon monsters of any Level in any Deck! But that’s not the only type of Summoning that’s evolving. Following up on February’s Fusion Enforcers set, Maximum Crisis introduces a new Fusion Summoning Spell Card that lets you keep your Fusion Monster while giving back the monsters you just fused together!

Here’s a brief overview of what else you can expect in Maximum Crisis: 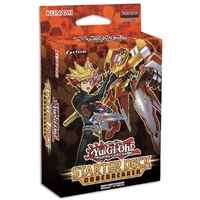 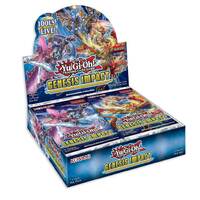 9% OFF RRP $5.50
Convert prices (for references only; check your FI for rate)